The Art of Designing Enterprise Apps for Humans to Love

The universe of consumer apps is expanding rapidly, in volume, as well as quality. Think about the top five consumer apps you regularly use (cab hailing, grocery shopping, online shopping, payments, productivity management, etc.), and evaluate how beautifully their interfaces have evolved over the past 3-4 years. Today, you’re used to new features and full-fledged upgrades being pushed to these apps ever so frequently, bringing all kinds of improvements to the user interface and experience design.

All’s Not Well At the Enterprise Front, Though

In this guide, we attempt to answer how the tables can be turned. Here are some strategies that application developers, development project managers, and designers would want to implement, to make their apps more lovable. 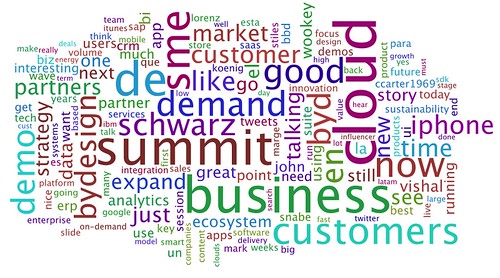 The timeless question that UI/UX engineers face almost every day while working on app development is about the trade off between the app’s power potential, and its simplicity. Contemporary wisdom seems to be geared towards keeping it simple; just check out how ‘simple, clutter-free, neat, etc.’ are frequently used words in app descriptions.

However, there’s a lot more to consider. An enterprise app is not your cab-booking app; users won’t use it for merely 30-60 minutes a day (or less). An enterprise app, ideally, would be developed to deliver a service that thousands of users would need for a good part of their workday. This also means that the app would be expected to deliver sophisticated and powerful functions, without being too complicated.

Did you know – if a web page takes more than 2 seconds, users generally abandon it for another search, or hop over to another web page! That’s the kind of ‘speed’ expectations we’re all getting used to, and we are less likely to be relenting when it comes performing doing all important information searches, tasks, and transactions on enterprise apps. The takeaway for enterprise app developers is to design with speed in mind.

Of course, this is not easy, because enterprise apps are built to deliver performance on a massive scale. Crunching thousands of GBs of data to deliver visually enriched outcomes on the screen – that takes time! This is where smart app developers are able to break down customer-app interactions into micro steps and optimize each step to ensure the complete interaction appears faster.

Convenience is at the core of app UI and UX design. Enterprise applications are the front end of massive databases of information. So, ‘search’ becomes a central pillar for an app’s success. This is also where great enterprise apps differentiate themselves from the good ones.

Often enough, users don’t know what they don’t know. Hence, they need help to build their search queries. Envision how UX masterminds at Google and Pinterest solve this problem. As soon as you begin typing, their search boxes show suggestions that help you word the query perfectly, to get relevant results in the first shot.

Do more of the same in your enterprise app’s search box. The benefits are twofold:

So, consider the ripple effects of user-app interaction flows, data mutability, messaging and notifications, object search-ability, and data validations while prototyping the application. Remember, the application will soon become a part of a large mix of modules, portals, and dashboards, and hence, must not require the users to undergo any psychological inconveniences by taking an off-route approach to a basic and non-core app functionality.

Balancing the Needs of Power Users and Casual Users

Let’s face it, the user spectrum for an enterprise app can be wider than you’d imagine. There would be dozens of power users. These would expect power-packed features, the ability to personalize the user experience, technically advanced features, and shortcuts for more productive use of the app. Then, there would be hundreds of casual users who’d only use, let’s say, the top 20% of the capabilities of the app for 80% of the time.

In such a scenario, enterprise app developers would do well to follow the layering approach. Here, the more sophisticated features, such as availability of keyboard/keypad shortcuts, are kept a few menu blocks away from the main screen. This helps in keeping the application non-cluttered for most users while making sophisticated features available for power users, subject to their real desire to find them out, activate them, and use them.

The ‘perceived quality’ gap between consumer apps and enterprise apps is widening by the day. Don’t let your organization’s apps be a part of the rut. Learn from what the consumer apps are doing well, strike balance between conflicting quality parameters, prioritize, and you’ll do alright.